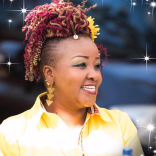 The 2016 Council on Legislation may well be remembered as one of the most progressive in Rotary history.

Not only did this Council grant clubs more freedom in determining their meeting schedule and membership, it also approved an increase in per capita dues of $4 a year for three years. The increase will be used to enhance Rotary’s website, improve online tools, and add programs and services to help clubs increase membership.

The Council is an essential element of Rotary’s governance. Every three years, members from around the world gather in Chicago to consider proposed changes to the policies that govern the organization and its member clubs. Measures that are adopted take effect 1 July.

The tone for this year was set early, when the RI Board put forth two proposals that increase flexibility. The first measure allows clubs to decide to vary their meeting times, whether to meet online or in person, and when to cancel a meeting, as long as they meet at least twice a month. The second allows clubs flexibility in choosing their membership rules and requirements. Both passed.

Representatives also approved removing six membership criteria from the RI Constitution and replacing them with a simple requirement that a member be a person of good character who has a good reputation in their business or community and is willing to serve the community.

The $4 per year dues increase was based on a five-year financial forecast that predicted that if Rotary didn’t either raise dues or make drastic cuts, its reserves would dip below mandated levels by 2020. The yearly per capita dues that clubs pay to RI will be $60 in 2017-18, $64 in 2018-19, and $68 in 2019-20. The next council will establish the rate after that.

“We are at a moment in time when we must think beyond the status quo,” said RI Vice President Greg E. Podd. “We must think about our future.”

Also because of this Council’s decisions:

Attendance|
Make ups ~ Rotarians can make up for an absence at their club meeting within the same Rotary year. (19-35)

Club Board|
President ~ A club president’s term can be extended for up to one year when their successor has not been selected. (19-22)

Club Finances|
Financial reporting ~ The annual meeting for the election of officers includes the club’s mid-year financial report with current and previous year income and expenses. (19-24)

Satellite Club Financials ~ A satellite club’s financial statement may be audited or reviewed. (19-29)

Changing Club Name or Location|
Notification extension ~ Proposed changes to a club’s name or locality are provided to each member and the governor at least 21 days (currently 10 days) before changes are voted on. (19-26)

Modernized language There are no longer classification restrictions on forming a club in a locality. A club may be formed even if one or more clubs are already organized in the locality. The locality of a club that conducts its activities primarily online shall be worldwide or as the club board determines. (19-28)

Club Rules|
Modernized language ~ The Standard Rotary Club Constitution’s language was modernized and streamlined to help with flow and readability. No substantive changes were made to the policies. Download the new easy to understand version, which all clubs are required to use. (19-30 and 19-116)

District Finances|
Deadline extension ~ Within one year of serving as governor, an independently reviewed annual statement and report of district finances is provided to clubs in the district for their approval. (19-57)

District Leadership|
Without a Vice Governor ~If a governor is unable to serve and no vice-governor has been designated, only a past governor will serve as acting governor. (19-53)

Elections|
Club Voting Strength ~ A club’s voting strength is determined by the number of members on its 1 July club invoice. (19-49)

Challenge Deadline ~ When a valid challenging nomination for governor is received, voting for candidates occurs in a ballot by mail or at the district conference if the challenge remains valid for 30 days. (19-52)

District Dues ~ Clubs may only participate in voting for the member and alternate member of the nominating committee for director, for the selection of the governor-nominee, or by electors at a district conference, if they have paid their district dues and are not indebted to the district as determined by the governor. (19-54)

Classification ~ The classification limitation has been removed, so clubs may now determine for themselves the appropriate number of members in a particular classification. In addition, elected or appointed public officials are no longer prohibited from joining a club using the classification associated with their office. (19-37 and 19-39)

Small Clubs ~ A governor may request the RI Board to terminate clubs with fewer than six members. (19-70) 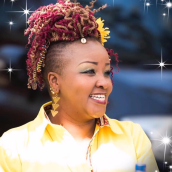