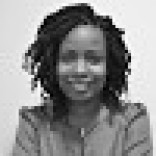 After being inducted, and in the spirit of service above self, the immediate past president 2018-2019 of Rotary club of Kilifi had a brilliant idea! He had received a generous endowment of KSH 100,000 from Carammore International Limited to support club community service and challenged members to submit project proposals that would have a positive impact in the community. These projects would receive funding worth KSH 20,000 from this endowment, and those who took up this challenge went an extra mile and managed to match contribution from well-wishers.

The following are some of the projects that were eventually implemented under this funding;

A Home for Books

Upendo Orphan Services provides services for orphans and their guardians, including a school program in partnership with a local church. They were in need of shelving to house the story books and resource materials in their facility in Kilifi. Books were in piles on the floor, getting torn and water damaged. Members decided to support them by giving them a brand-new home for their library mounted on the wall.

Rehabilitation program at the Kilifi Prison

Kilifi Prison is mandated to rehabilitate its detainees such that they are productive members of the community after their release (maximum term of two years). The borehole pump that key in their rehabilitation program had just broken down. In addition to providing basic water needs, the borehole also supplied irrigation for the prison garden and water for the fishpond. Members came up with a way to utilize funds to replace the pump and used what remained to restock the prison’s library with current textbooks, also enhancing the Literacy Project at the prison. Two birds with one stone!

We thought about the crucial time spent waiting for hospital services at this local dispensary and how best to make the most of it through providing health education. Our club provided the facility a television set and DVD player that would be used to broadcast health messages to waiting clients.