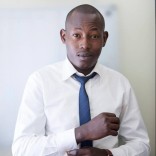 There are ongoing discussions to formalize Adopt-A-River Initiative (ARI) plans in Nairobi through a partnership with Nairobi County. A meeting was held last week with the DG Joe Otin, District Environment Chairman Janet Macharia, Adpot-A-River Sub Committee Chairman Jane Maonga and senior County Environment officials to discuss potential areas of collaboration – including on ARI. More details will be provided on this in the next couple of weeks.

On a related note the final draft of the MoU between Rotary and UN Environment on the Adopt-a-River initiative was submitted by our District Environment Chair Janet Macharia last Thursday. We are now just awaiting the signing ceremony which is expected to happen in the next two weeks.

Bodaboda riders in Ngong to get much needed shelter

The Time to Elevate your Game is NOW|